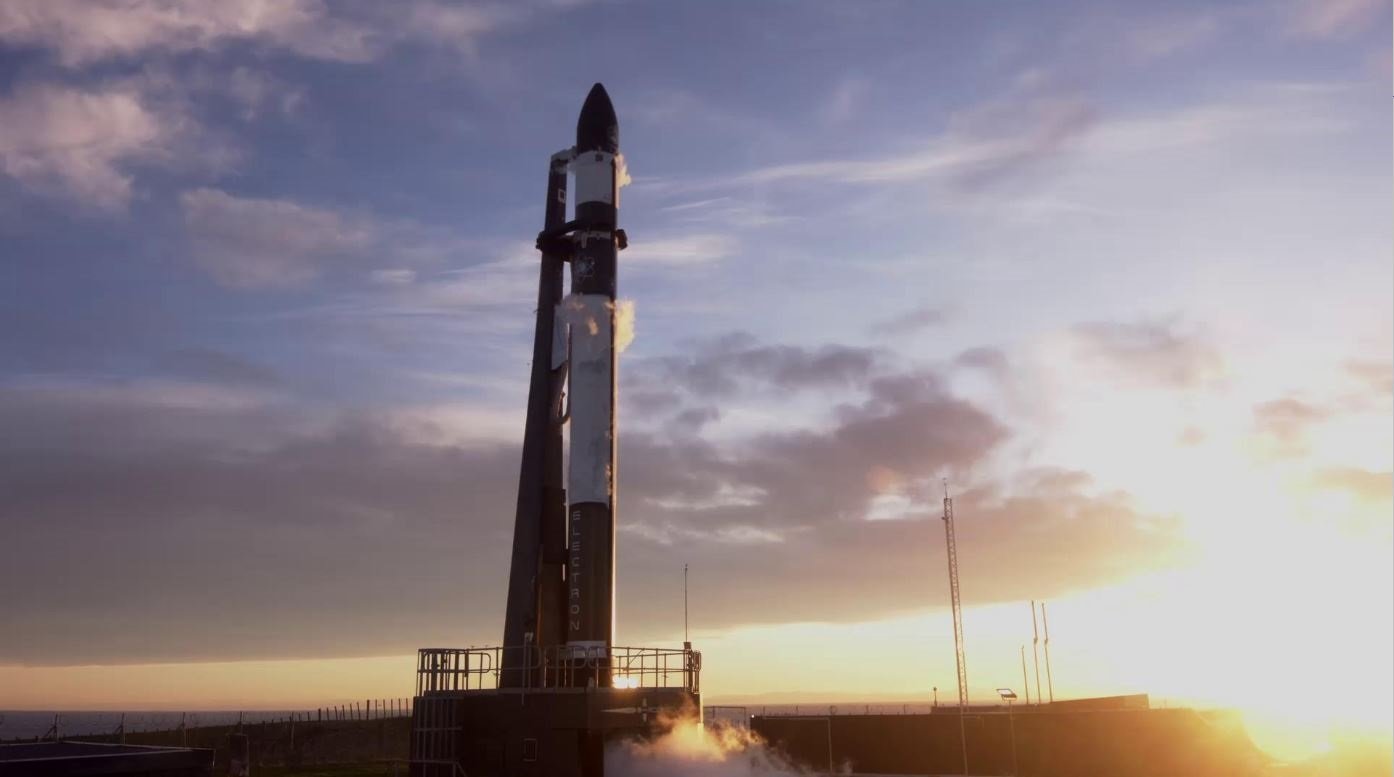 Electron on the pad for 'Don't Stop Me Now'. Image: Rocket Lab.

The 19th mission deployed six spacecraft to orbit for a range of government and commercial customers. The mission, named ‘They Go Up So Fast,’ also deployed Rocket Lab’s latest in-house manufactured Photon spacecraft to build flight heritage ahead of the upcoming CAPSTONE mission to the Moon for NASA. Part of this mission and helping future missions take place is the iniVation DAVIS240C vision sensor, becoming the world’s first-ever neuromorphic technology to reach space.

An Earth-observation satellite for BlackSky Global through Spaceflight Inc was deployed, as well as two Internet of Things (IoT) nanosatellites for Australian commercial operators Fleet Space and Myriota; a test satellite built by the University of New South Wales (UNSW) Canberra Space in collaboration with the Royal Australian Air Force; weather monitoring CubeSat for Care Weather Technologies; and a technology demonstrator for the U.S. Army’s Space and Missile Defense Command (SMDC). The mission took the total number of satellites deployed to orbit by Rocket Lab to 104.

Dr Kynan Eng, CEO and co-founder at iniVation, emphasized both the ground-breaking possibilities and the collaborative nature of the mission. He said, “As a company focused on ultimate machine vision performance in challenging, power-limited environments, space is about as hard as it gets. We are very excited to see our technology taking the first small steps towards supporting long-term human activities in space.

“Such an achievement has been made possible through long-term collaborations with many team members and colleagues, both within the company and in other organizations, in particular, the ICNS and the Institute of Neuroinformatics at the University of Zurich and the ETH Zurich. We are looking forward to even deeper collaboration to bring this technology to commercial reality”.

After Electron successfully launched to an initial 550km circular orbit, the rocket’s integrated space tug or Kick Stage deployed its first five satellites to their individual orbits. The Kick Stage’s Curie engine was then reignited to lower its altitude and deploy the final small satellite to a 450km circular orbit. With its relightable Curie engine, the Kick Stage is unique in its capability to deploy multiple satellites to different orbits on the same small launch vehicle.

Rocket Lab founder and CEO, Peter Beck, said: “Congratulations and welcome to orbit for all of our customers on Electron. Reaching more than 100 satellites deployed is an incredible achievement for our team and I’m proud of their tireless efforts which have made Electron the second most frequently launched U.S. rocket. Today’s mission was a flawless demonstration of how Electron has changed the way space is accessed. Not only did we deploy six customer satellites, but we also deployed our own pathfinding spacecraft to orbit in preparation for our Moon mission later this year”.

The next mission is scheduled to take place from Launch Complex 1 within the next few weeks.

You can find more information about the iniVation DAVIS240C vision sensor on the company’s website.