Riftek’s RF609 series, which it cites as the smallest triangulation sensor on the market, is now Wi-Fi enabled. 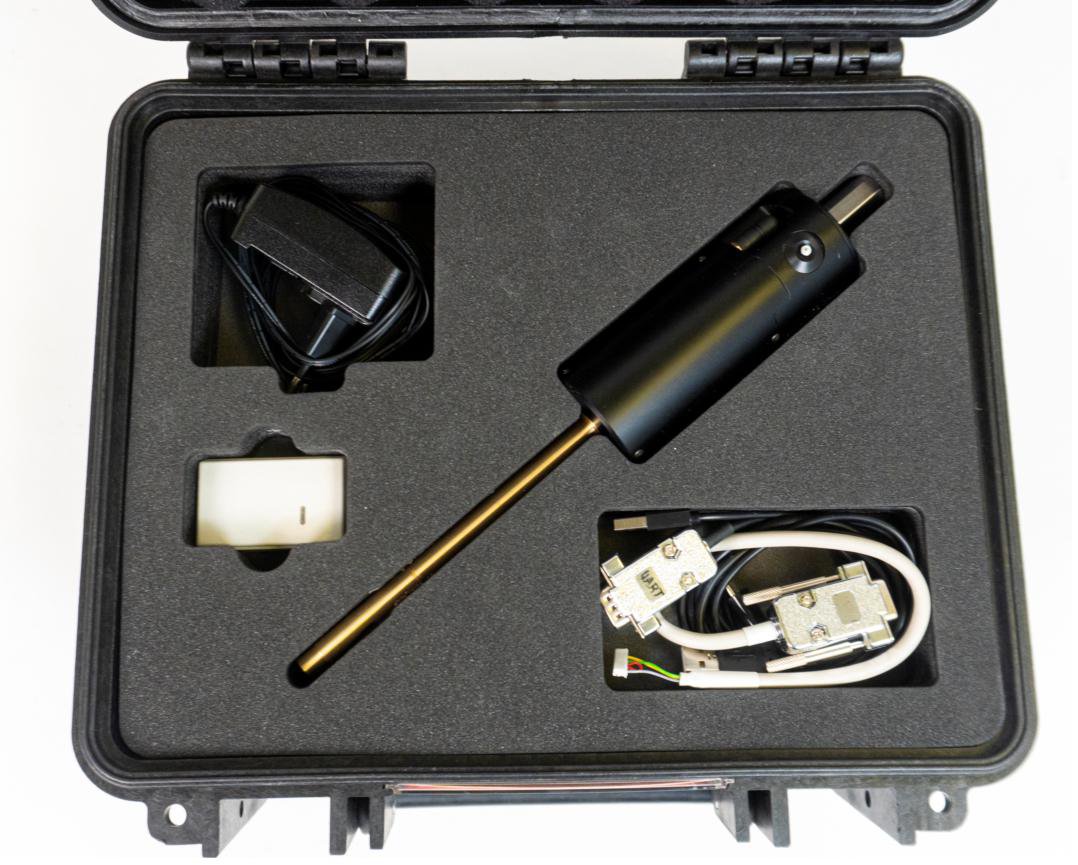 Developed for use as part of a CNC machine’s automatic tool changing system, these ultra-compact measurement probes measure the distance to the hole surface as the probe is rotated and moved axially into the hole; synchronously measuring the polar surface coordinates which are interpreted through PC software to build a 3D geometric model pattern with micron-level accuracy.

The new RF609 Wi-Fi is a rechargeable battery-powered device supplied as a complete system with a mains charger, cables, PC software and a detailed operation manual. The device is available in two measurement versions allowing a range of inner diameter measurements to be made: 9 to 19 mm or 16 to 48 mm diameter with maximum bore length of 139 and 143 mm respectively. Both probes feature the 48 mm diameter main controller, battery and Wi-Fi housing with an extended shaft that houses the laser triangulation sensor scanning head. A 16 mm diameter shaft facilitates straightforward collet mounting on the CNC.

The RF609 series is also available as a self-powered device with a built-in slip ring assembly for power input and data signal output. The ultra-compact probe head has been well-proven in special custom-made equipment developed by Riftek for specific component measurement – sometimes used in conjunction with linear and rotary translation positioners to allow, for instance, scanning pipes, bushes, stepped and tapered holes and tubes etc. The principle has also been applied to special debris inspection equipment for small diameter holes where traditional vision systems can be troublesome.

Ixthus Instrumentation works closely with Riftek and many other leading instrumentation component manufacturers to supply sensors, transducers and complete systems for the measurement of displacement, force, torque and vibration.

You can find more information about Riftek’s smallest triangulation sensor on its website.