Leuze gives a tour of its new centre. 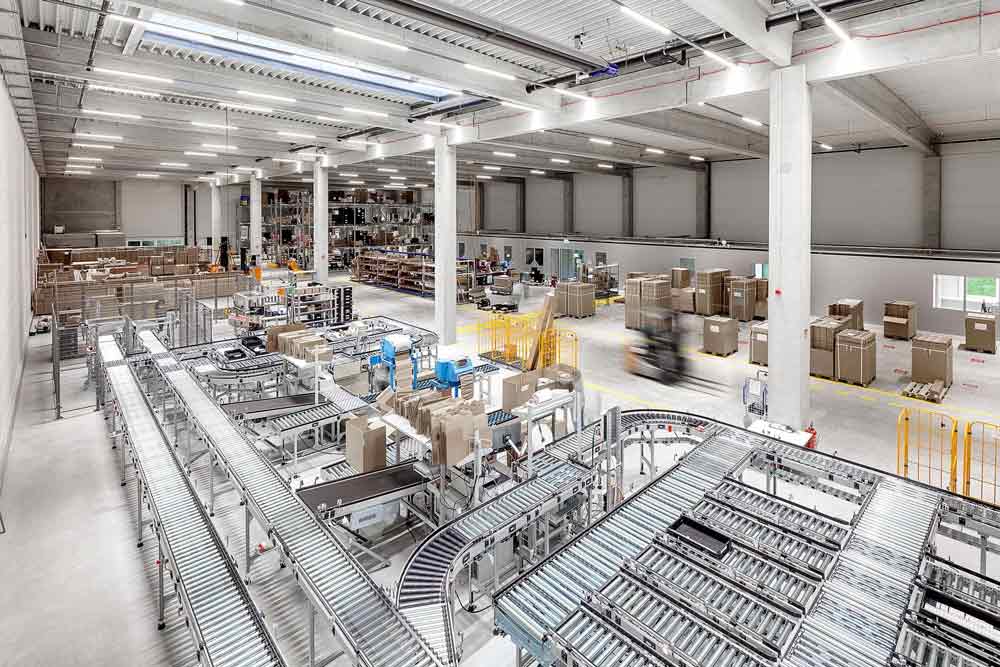 After 12 months of construction, Leuze, the “Sensor People”, have put their new international distribution centre into operation in Unterlenningen, Germany near the Leuze headquarters. Here’s how it all works.

The key requirement for the company was that it had to be possible to adapt the solution flexibly and scalably to additional growth. Apart from the small-parts warehouse, GEBHARDT also provided the conveyor system, the multifunctional picking workstations as well as the warehouse management software GEBHARDT StoreWare®.

The small parts warehouse is located inside a 16 meter high, 66 meters long and 10 meters wide enclosed structure. The containers are carried by the conveyor system through two locks, fitted with high-speed doors, into the storage area – and back out again. The small parts warehouse was designed as a two aisle shuttle warehouse, with 38 levels and five GEBHARDT StoreBiter® one level shuttles (OLS) in each aisle.

“We deliberately chose the one level shuttles with capacitor technology from GEBHARDT. The special feature of this technology is its high degree of flexibility and scalability. Also, it requires far less maintenance than conventional slow action contact systems. They are also more durable which reduces our maintenance processes and increases profitability”, says Ibrahim Zuva, Director of Logistics at Leuze.

Charging is necessary after 20 minutes of operation and takes place via conductor tracks installed at the front end of the aisle. The charging process itself takes just as few seconds. The shuttle does not need to be fully charged. When working at high capacity, the shuttles continue to operate even with a partial charge.

A lifter is provided at the front end of each aisle. This means that the containers in the Leuze warehouse are not transferred at the current level, but instead, the shuttles move onto a vertical lift which transports the shuttles together with the containers to the lowest position. There the containers are transferred to the conveyor system. The lift can transport weight of 150 kg including shuttle and travels at four meters per second.

After the container is handed over to the conveyor system, it travels (controlled by Leuze sensors and the GEBHARDT StoreWare® software) to one of the three multifunctional order picking workstations. When they arrive at the workstation, SAP tells the order picker how many items need to be picked for the order. When the parcel arrives at the removal point, the parcel is loaded into a pallet and received by the shipping provider. The second function is responsible for sending deliveries to non-European subsidiaries. They receive grouped consignments, i.e., weekly bulk shipments. The third function is the so-called consolidation function.

Leuze was founded in 1963 and headquartered in Owen/Teck in Southern Germany. Its product range includes switching and measuring sensors, identification systems, data transmission and image processing solutions, and machine safety components and systems.

You can find more information about Leuze on its website.