How Machine Vision Is Enabling the Future of Lithium-Ion Batteries

Lithium-ion batteries in electric vehicles and solar power systems will be behind the growth of the green revolution, says Christian Loeb, Key Account Manager, Europe, Teledyne DALSA in this guest feature. 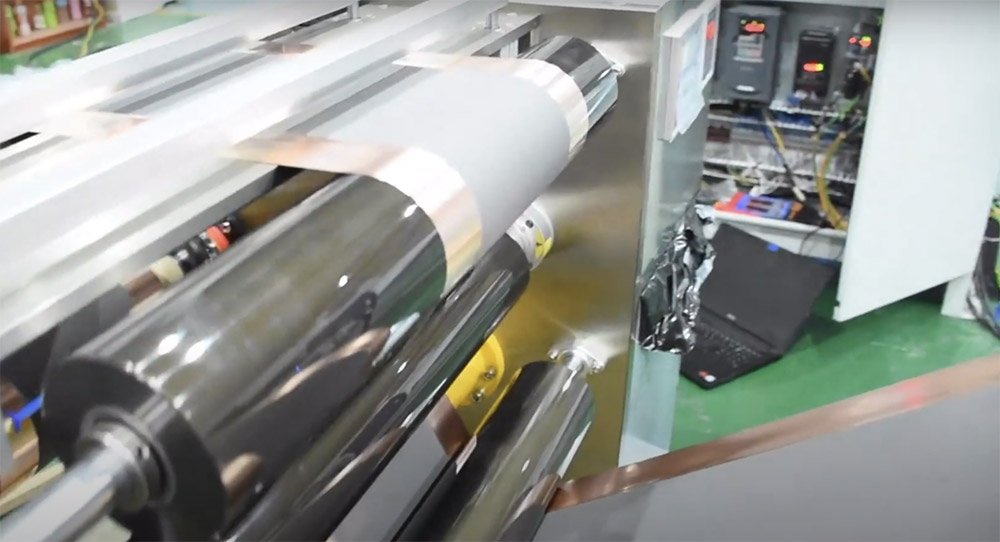 The transition to green energy in the coming decades will require a commensurate increase in battery production and innovation. Lithium-ion batteries will be the workhorse of a green energy revolution in the near to medium future, storing power for nearly everything, from electric vehicles and eventually airplanes, to homes and commercial buildings.

Lithium-ion batteries come in three shapes: cylindrical, pouch and prismatic (also called a battery can). Your smartphone probably has a pouch battery while most household appliances will have cylindrical batteries.

Battery production is ramping up across the world. Tesla finished building its infamous first “gigafactory” for battery cell production in aptly named Sparks, Nevada in 2015. Another Tesla gigafactory, working mostly on solar power storage opened in 2017 in Buffalo, New York. The company has plans to open two more factories in coming years, in Berlin, and Austin, Texas. European battery company Northvolt will begin large-scale construction on a gigafactory in Skellefteå, Sweden in 2021.

The transition to green energy provides a long runway for a new sector of the global economy. Manufacturing will benefit as the demand for solar cells and batteries ramps up, and with any new technological development, an industry ecosystem will develop to support its growth and production. The lithium-ion battery is at the forefront of an ecological and economic revolution.

How Lithium-Ion Batteries are Built

For all their importance, lithium-ion batteries are conceptually simple devices. Alternating cathode (positive charge) and anode (negative charge) electrode sheets are stacked on top of each other, with a separator sheet between each layer. A liquid or solid electrolyte is mixed in to facilitate energy transfer between the cathode and anode sheets.

Cathodes sheets are typically made from aluminium foil, while anode sheets are made from copper foil. From there, each sheet is coated with specific materials to promote conductivity, efficiency, and binding.

Active materials: determine the capacity, voltage and characteristics of a specific lithium-ion battery. For cathodes, active materials often include lithium cobalt oxide, lithium manganate oxide or lithium iron phosphate. Anodes are typically coated with some kind of carbon material, such as black lead or lithium titanate.

Binders: are used to adhere the mixed materials to the foil sheet.

Solvents: promote the mixing of materials in the slurry until they are ready to coat the appropriate sheets.

In addition, a cathode will include a conductive element to reduce internal resistance and increase conductivity within the cell.

The separator sheets that go between the electrodes are manufactured from porous polyolefin film material that are applied with an aramid coating fluid and then cut to size. Once the layered electrode sheets are ready, they are placed in the battery casing in one of the three major formats, cylindrical, pouch or prismatic. Depending on the form and specifics of the battery, the casing will include external positive and negative terminals (to connect to the device being powered), an insulation layer between the case and the electrode stacks, a gasket, a degassing hole and other elements.

While lithium-ion battery production may be conceptually simple with coated electrode stacked sheets and an electrolyte solvent, the actual process is fairly complicated and sensitive. The thickness of the coatings on the electrodes can have a significant effect on a battery’s performance or even its stability.

Line scan cameras powered with machine learning algorithms can help automate and streamline the quality assurance stage of lithium-ion battery manufacturing. A line scan camera—such as the Linea family of cameras from Teledyne DALSA—is a camera that can be mounted on a factory production line to monitor the production of materials as they are moved through the manufacturing process. Line scan cameras are well-suited to inspection of electrode sheets, since the sheets are run at high speeds from big spools through the coating and stacking process.

Laser profiling from inspection cameras can cover the whole manufacturing process of lithium-ion batteries. The cameras can measure the thickness of the electrode sheets and coating, look for surface defects on the sheets such as dents, scratches or bent edges, measure the dimensions of the battery casing for cylindrical or pouch batteries, and monitor the quality of the weld of the external terminal on the batteries.

The Growth Potential for Lithium-Ion Batteries

The demarcation line for the growth rate of lithium-ion batteries is often projected in terms of how many electric vehicles are being sold compared to internal combustion engine vehicles. Electric vehicles are expected to hit 10 per cent of vehicle sales by 2025 and then accelerate to 28% by 2030 and 58% by 2040. For instance, California—the most populous state in the U.S. and one of the biggest economies in the world on its own—aims for all new cars and passenger trucks sold in the state to be zero-emission vehicles by 2035.

As battery storage is often paired with renewable energy, the growth of one directly informs the adoption of the other. According to the U.S. Energy Information Administration, 70 per cent of new energy production capability to come online in-country in 2021 will be from renewable sources (39 per cent solar, 31 per cent wind). As such, the capacity for battery storage will also rise this year, quadrupling growth from previous years. The world’s largest solar-powered battery will come online in Florida by late 2021.

Manufacturers need to prepare to be able to meet the coming demand for lithium-ion batteries. The use of line scan cameras, laser profiling and machine learning will help manufacturers streamline quality assurance and efficiency.

Christian Loeb is the Key Account Manager, Europe, Teledyne DALSA. You can find more information about Teledyne DALSA on its website.