The 8.75-megawatt hydrogen plant will produce up to 1,350 tons of hydrogen per year using only renewable energy from solar or wind power. 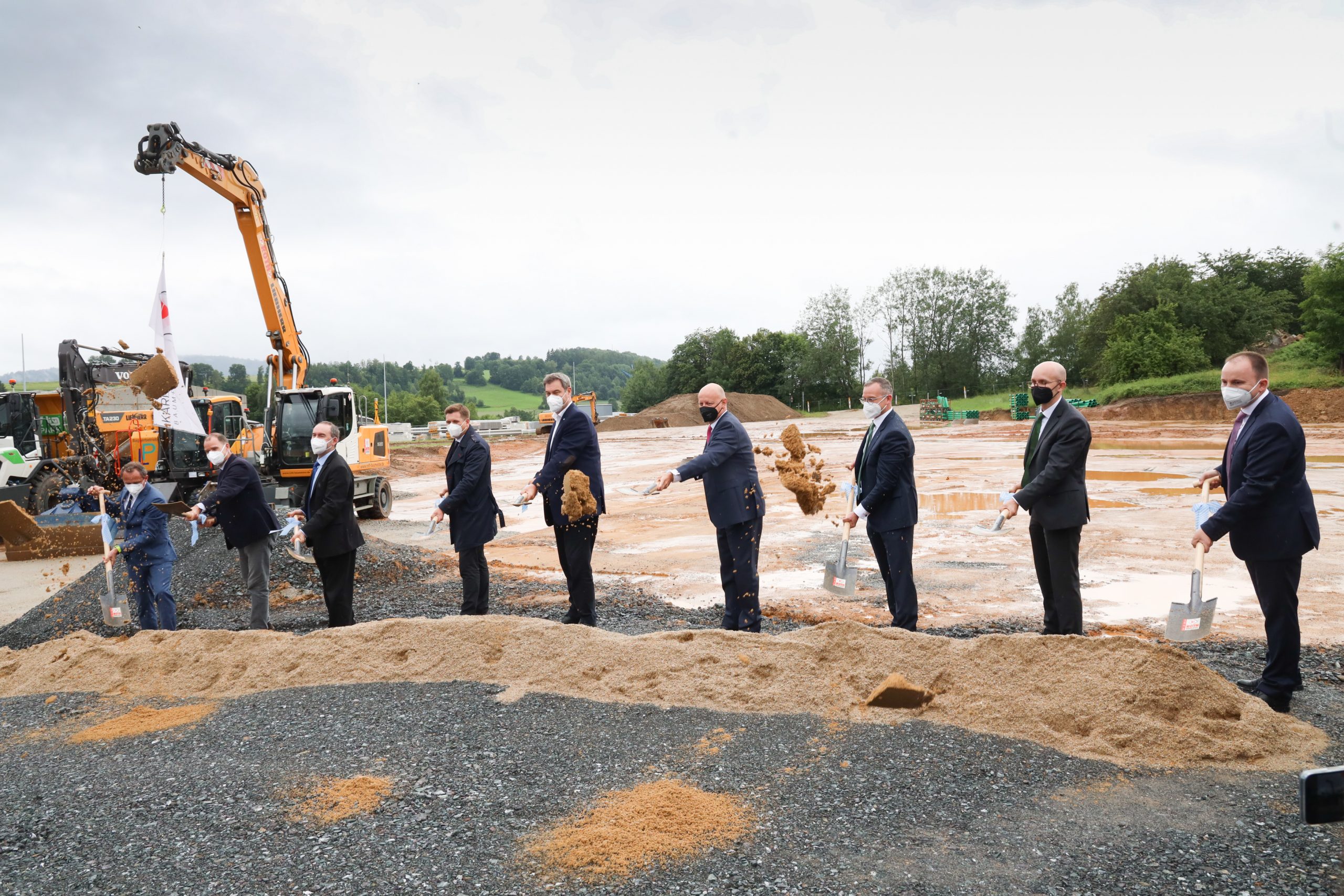 Political and company representatives of those involved broke the ground of the plant. Image: Siemens.

The official groundbreaking of one of Germany’s largest carbon-free hydrogen plants has taken place in Wunsiedel, Germany, with Bavarian Minister-President Dr Markus Söder given the honours.

The new 8.75-megawatt hydrogen generation facility will produce up to 1,350 tons of hydrogen per year using only renewable energy from solar or wind power. Using the generated hydrogen in transportation and industry allows for CO2 savings of up to 13,500 annually.

Siemens Smart Infrastructure is the general contractor for the entire plant, with Siemens Financial Services (SFS) participating in the equity financing as well as holding a share of 45 per cent in the operating company WUN H2 GmbH. The electrolyzer will also be supplied by Siemens Energy.

Minister of Economic Affairs, Hubert Aiwanger said: “The WUN H2 project is an important contribution to implementing Bavaria’s hydrogen strategy. Green hydrogen ‘Made in Bavaria’ demonstrates domestic technological expertise and increases acceptance through local value creation”. Minister of Environmental Affairs Thorsten Glauber added: “Hydrogen is a key technology on the road to a climate-neutral future. The energy transition will only succeed if there are many innovative approaches like the one pursued in Wunsiedel”.

Siemens says that according to a recent analysis by the OECD, global energy demand is estimated to increase by 80 per cent by 2050 and meeting this demand whilst addressing the challenges of climate change will require “massive investments in clean energy generation, power distribution, and digitalization”.

The plant will be constructed at Wunsiedel Energy Park and connected to the existing Siemens battery storage facility and adjacent industrial enterprises. These can use waste heat, or the oxygen split off during electrolysis. This connected infrastructure will serve as a model for the whole of Germany.

“Converting our energy supply to new, climate-neutral energy sources is one of the main objectives of the energy transition. Hydrogen plays a key role in this”, said Siemens CFO Professor Dr Ralf P. Thomas at the groundbreaking ceremony. “In this respect, Wunsiedel, with its existing distributed energy system and the use of digital technology, is a lighthouse project for a sustainable energy future”.

For the project in Wunsiedel, SFS, the financing arm of Siemens, is in charge of commercial project development and structuring the financing. SFS holds a 45 per cent share in the project’s operating company WUN H2; Rießner Gase GmbH also holds 45 per cent and Stadtwerke Wunsiedel (SWW) the remaining 10 per cent.

The hydrogen the plant will produce will be delivered via truck trailers to local and regional end customers for local distribution, mainly in the regions of Upper Franconia, Upper Palatinate, Thuringia and Saxony as well as Western Bohemia (Czech Republic).

The plant also aims to help alleviate grid bottlenecks and provide flexibility for the power grid. Building a public hydrogen filling station for trucks and buses at the same location is an option and could make it possible to create an offering for carbon-free heavy goods transportation as well as regional public transportation.

The new hydrogen production plant is scheduled to go into operation in the summer of 2022.

You can find more information about the construction of one of Germany’s largest carbon-free hydrogen plants on Siemen’s website.