The company's CleverLevel PL20 has won this year’s Red Dot Award in the Product Design category. 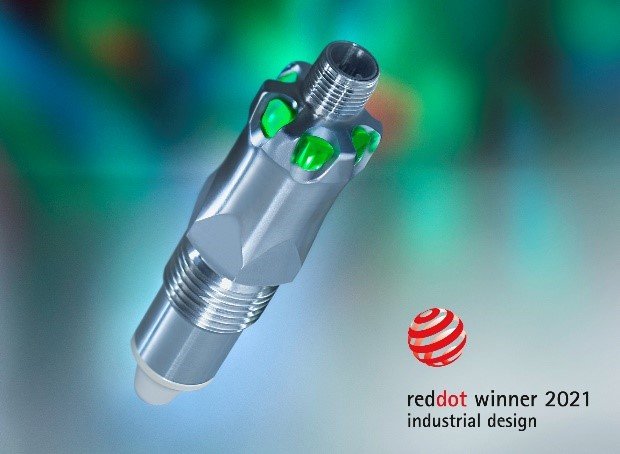 Baumer’s KingCrown CleverLevel PL20, a point level sensor that uses five distinct colours to indicate whether the correct level has been reached, has won this year’s Red Dot Award in the Product Design category.

During the level measurement with the CleverLevel PL20, five defined colours indicate whether the level has been reached, what medium is in the tank, or if there is a malfunction. Thanks to the 360° LEDs, this information is visible from all locations all the time, allowing reliable processes.

The 360° LED crown provides an immediate visual indication of the system’s operating status, with which malfunctions can also be indicated and directly localized. This increases the process safety and reduces the response times in the case of malfunction. Thanks to the Baumer KingCrown, the process visualization is clearly visible at a glance directly on-site in any installation position, without blind spots.

In production conditions involving high humidity, temperature changes, or water spray, sensors require greater impermeability and robustness. The product was designed in accordance with the proTect+ impermeability concept, a test series developed by Baumer that first simulates the effects of ageing before the sensors are subjected to the impermeability test according to the IP protection directives.

The stainless steel sensor housing with an LED crown for visual process indication protects the electronics from environmental influences, minimizing downtime and failures. The sensor is also distinguished by exceptional resistance to impacts and fracturing during installation and production. As a result, the level switch CleverLevel PL20 with KingCrown can be used even in demanding production environments.

You can find more information about Baumer KingCrown and the CleverLevel PL20 on the company’s website.