In case you missed the official announcement in our last digital magazine, MVPro is changing. 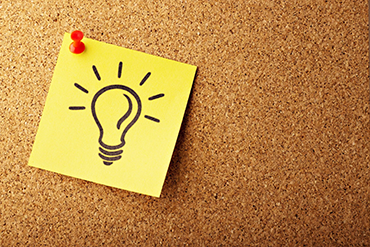 Automate Pro Europe is coming. This summer, after 10 years of providing quality industry content to those who need to be in the know, MVPro will no longer function as a standalone magazine. Instead, it will join two re-launched magazines as it moves under the umbrella of a brand-new, one-stop news hub: Automate Pro Europe.

Joined by RoboPro (robotics) and CVPro (computer vision), the three magazines will each cover their respective industry, acting as specialised branches that feed the Automate Pro Europe magazine. Automate Pro Europe will host only the best news and features across the three industries, which will have, as it already does, a European focus.

Why? Joining under one umbrella means having more room to play with. We move in the same direction but with a concentrated goal that will allow us to create more and better work that’s specific to the industries we cover. Streamlining and specifying is the idea.

What this means for you as a reader is more choice over the news you absorb by following the specific industries you’re interested in. Not only that, but you’ll get better and more comprehensive content for the industries you do want to know about. If you like all of the industries we report on, you still win.

We will be better equipped to report the most important events and uncover the most interesting industry stories in the world, all with a European flavouring. Not only will we tell you when a robot touches the bottom of the South China Sea or NASA finds life on Mars, but if there’s AI in Austria, infrared imaging in Iceland and collaborative robots in Romania, you’ll be the first to know.

It wouldn’t be the launch of a new magazine if it didn’t have new content. So, without further ado, we’re happy to reveal the new categories and content for Automate Pro Europe:

With articles every day during the week, a Friday newsletter and a bi-monthly magazine, it’s all you’ll need to know from Automate Pro.

And yes, you can shorten us to APE.

Thanks for supporting us. We can’t wait to begin this summer.