In recognition of its contribution towards greater sustainability, Bosch Rexroth’s SVA R2, the world’s most compact electrical Subsea Valve Actuator, received the Hermes Award 2021 at the Hannover Trade Fair. 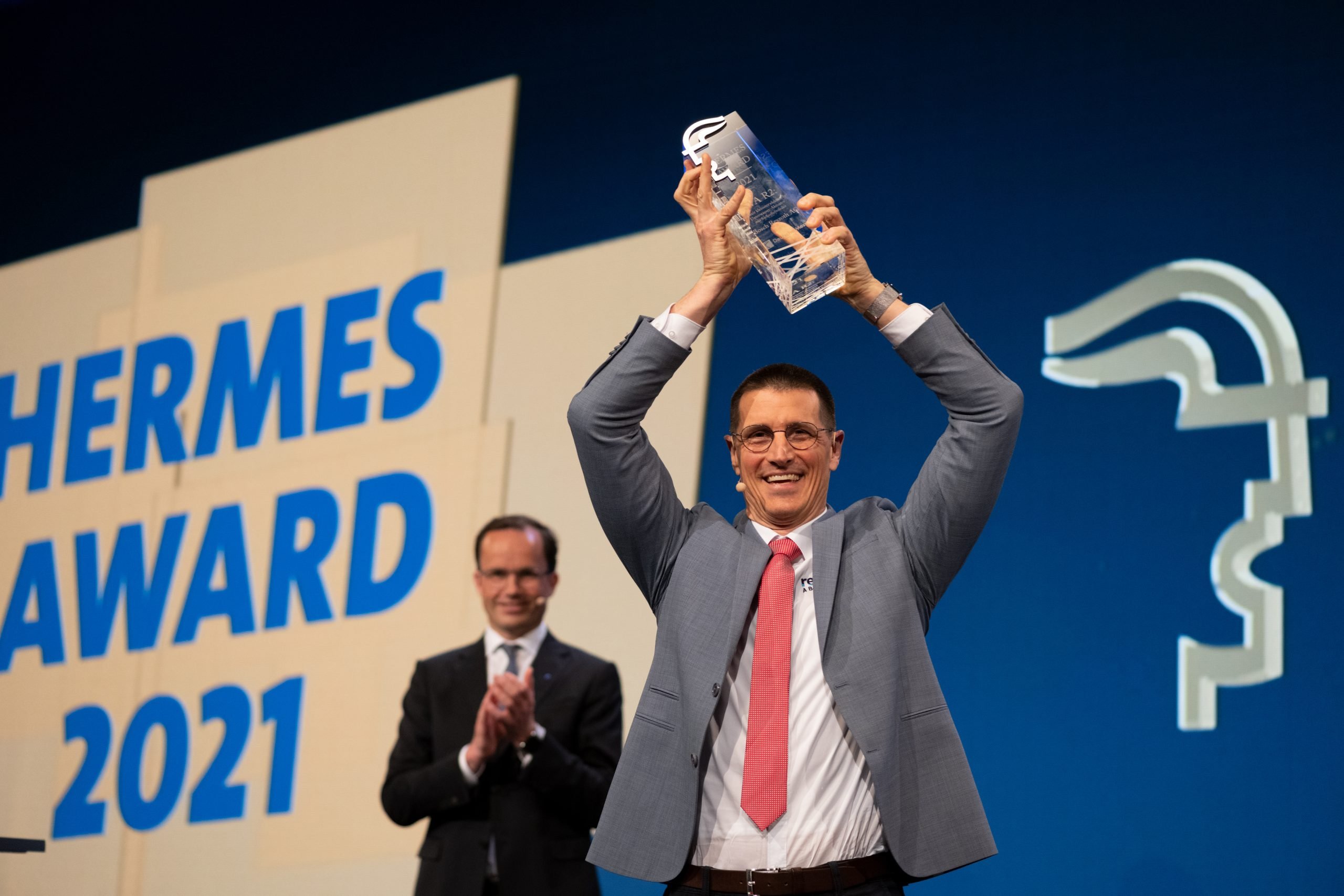 The jury of the Hermes Award 2021, chaired by Professor Reimund Neugebauer, President of the Fraunhofer-Gesellschaft, selected the SVA R2, which is the world’s first electrical actuator for controlling process valves underwater.

The disruptive innovation is helping to significantly reduce not only CO₂ emissions from process systems but also environmental risks. The SVA R2 is also suitable for use in future process systems, to produce green hydrogen and for carbon capture and storage applications.

“When it comes to sustainability, innovations play a crucial role in achieving disruptive progress. With the SVA R2, Bosch Rexroth offers a completely new solution for the process industry. For the first time ever, users can replace conventional hydraulic cylinders with electrical actuators with field-proven safety systems and take up no extra space,” said Thomas Fechner, Senior Vice President Product Area New Business at Bosch Rexroth.

The SVA R2 Subsea Valve Actuator opens and closes valves in process systems. Up until now, this task was usually performed in subsea factories by hydraulic cylinders which had to be supplied by hydraulic lines several kilometres in length. Previous attempts to replace them with electrical actuators failed because they required more space, the emergency power supply using batteries was too expensive and it was not possible to integrate field-proven safety systems.

For the first time ever, the SVA R2 Subsea Valve Actuator combines an electrical drive, field-proven safety systems, motion control system and takes up no more space than the hydraulic cylinders normally used. The module is designed for subsea use at depths of up to 4,000 meters.

The electrification of the actuators significantly improves the CO₂ footprint of process systems largely due to the replacement of the several kilometres long hydraulic pipes and central hydraulic power unit. The currently available power supply for sensors can be utilized in addition to power the actuators. With a space-saving design, the safety systems which have proven themselves in hydraulic cylinders for decades could now be integrated into what was not possible in all previous approaches. In addition, the motion control system allows the operating states to be monitored. This condition monitoring further increases safety in delicate ecosystems.

The Subsea Valve Actuator team at Bosch Rexroth uses agile development methods and works closely with operators, suppliers and international universities. One of the first intended applications is the electrification of subsea production facilities for energy production. Thanks to the Subsea Valve Actuator SVA R2, the procurement and operating costs for these facilities are lower and they are more energy-efficient and safer than ever before.

“Bosch Rexroth is a longtime exhibitor at Hannover Messe and always impresses with its innovations. The winning product is another milestone and stands for high-tech in connection with environmental protection. The company is thus making a major contribution to sustainability, one of the key topics at the Hannover Messe Digital Edition”, said Dr Jochen Köckler, CEO of Deutsche Messe AG.

Other areas of use include future process systems for the production of green hydrogen where, for example, offshore wind energy plants generate renewable energy and hydrogen on-site which is then transported ashore via pipelines. The actuator also plays a role in the initial plans to use carbon capture and storage to remove CO₂ from the atmosphere and store it underwater in previous subsea production facilities.

Bosch Rexroth tests the full-scale prototypes on a specially built test bench in accordance with the most stringent international standards for subsea applications. Compared to other applications, they lay down the very highest requirements in regards to the functions and safety of the components and modules used. The first pilot tests are due to start in the third quarter of 2021.

Bosch Rexroth offers its customers hydraulics, electric drive and control technology, gear technology and linear motion and assembly technology, including software and interfaces to the Internet of Things. With locations in over 80 countries, more than 29,600 associates generated sales revenue of around 5.2 billion euros in 2020.

You can find more information about Bosch Rexroth on its website.